FROM COPENHAGEN TO PARIS

Copenhagen Summit: An official launch
The 2009 Copenhagen Summit” (COP 15) marked the entrance to the world of art into the COP. In the official program of the United Nations Conference, the contemporary art exhibition  RETHINK, Contemporary art and climate change (www.rethinkclimate.org) proposed 26 works of Nordic and international contemporary artists on climate change in four areas of the city. The Danish Minister for Climate and Energy presented the exhibition as “The opportunity to see climate change from a cultural perspective.”
This high quality exhibition did not impact the public opinion and had a minor influence on negotiations because it was confined to the category of art seen as a niche, “ecological art”, while NGOs and negotiators occupied the entire arena. This lack of impact can also be explained by the weak relationship between the artistic universe and representatives of civil society organizations such as NGOs. 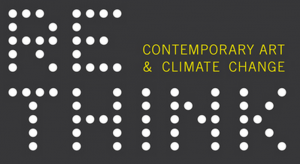 A year later, in 2010, the 350.org movement mobilization leader Bill McKibben, accustomed to major campaigns with hundreds of actions in the world, gave a new momentum to the COP 16 in Cancun, Mexico, with ART 350 . The initiative was based on Bill McKibben’s conviction that: “Art can help us understand differently than science, the threat that global warming poses to our planet.” ART 350 issued the first “kit” of collective artistic actions  (“Make your own climate art”) as part of the COP. For the first time, the creative dimension was clearly designated as a means of citizen action for COP. The proposed methods were: Flash mobs, street art, land art, murals, etc.. The action guides explained in great detail how to implement a collective creation, such as creating a sculpture from many objects. But creative ideas were limited, as it was also to promote 350, the signature number of the movement (with reference to 350 ppm, their goal of reducing CO2).

The actions resulting from this dynamic most often consisted of creating collectively figures in large format, often visible from the sky, bringing a little beauty and inventiveness, while demonstrating the limits of “collective action “inspired by art” but “without artists”. The influence of this initiative was not larger than the year before in Copenhagen and did not really influenced the negotiations because it was primarily perceived as activism, ultimately very similar to an NGO. 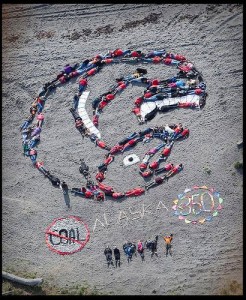 STEP THREE : ART OF CHANGE 21
The project Art of Change 21 rightly aims to put artists in the service of citizen action in order to change the action ideas that are today mainly in the activist sphere. Art of Change 21 shows somehow the spirit of ART 350, but assuming that collective action would benefit from being designed by artists and not only “inspired by art”. This citizen mobilization project brings together artists, youth, and the most recognized and creative advocates for change. By bringing together art, collaborative economy and youth, it aims to generate new ideas. The current practices, like a choreography giant on the beach between aerobics and primal scream (see eg Dance for the Climate) or turning off the lights by citizens one hour per year (see eg Earthour) must be exceeded. Imagine for a moment the action ideas that may arise from a dialogue between, for example Lucy and Jorge Orta artists’ champions’ collaborative action for societal issues, Neal Gorenflo, the premier community moderator Collaborative Economics (Shareable) and Juliette Decq, director of the program “COP in my City” of the International Climate Student Association. Together, they would be able to define a new form of collective action, which is stimulating, transformative and aesthetic. This is the challenge of Art of Change 21. 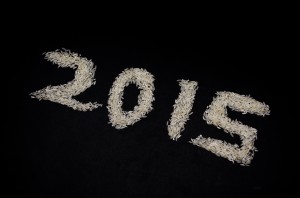